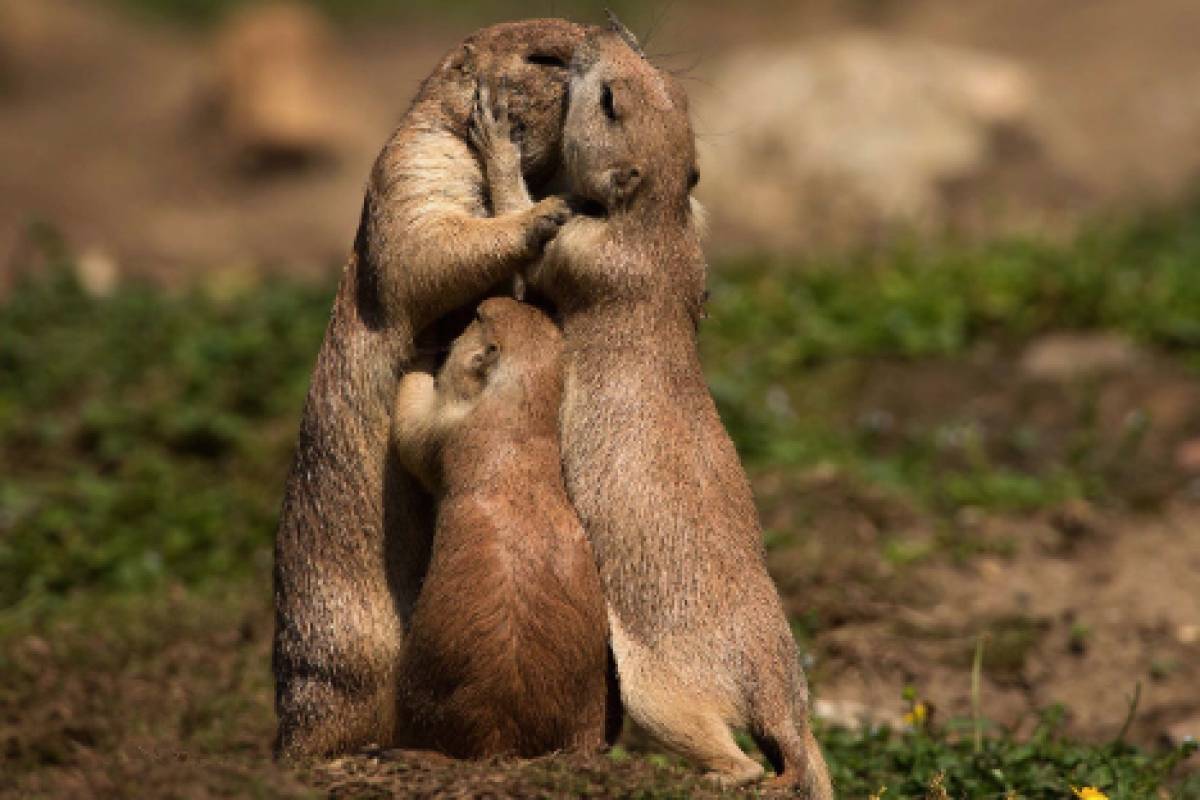 In early spring on the vast prairie, a subterranean village awakens.  Prairie dogs, tiny social rodents, emerge singly, hundreds of burrowers emanating from just as many households.  These adorable animals form families constituting massive communities of vast urban networks that will cause a ruckus throughout the prairie over the next 6 months.

Beneath their cute, blond and cuddly exteriors, the incredible critters that are prairie dogs are revealed.  Of any other creature in the animal kingdom, their social lives are the most intense and interesting.  They find their strength in unity when confronting the many dangers that surround them.  Coyotes, rattlesnakes, predatory birds, badgers, and ferrets all eye them as their next potential meal.  And bison and antelopes congregate in their backyards to gorge on their lush and soft grasses.
These herbivore rodents are the prairie’s gardeners, making their community outwardly attractive to all their neighbors.  However, beneath their united front and highly complex language lurk violent tendencies and certain shady goings on, casting them at once as good, bad, and ugly.

“The Wild West:  A Prairie Dog’s Life” takes the iconography of westerns as its starting point to depict the first-ever animal western, recounting the story of two prairie dog families, united for good and for naught.