The Snow Monkeys of China 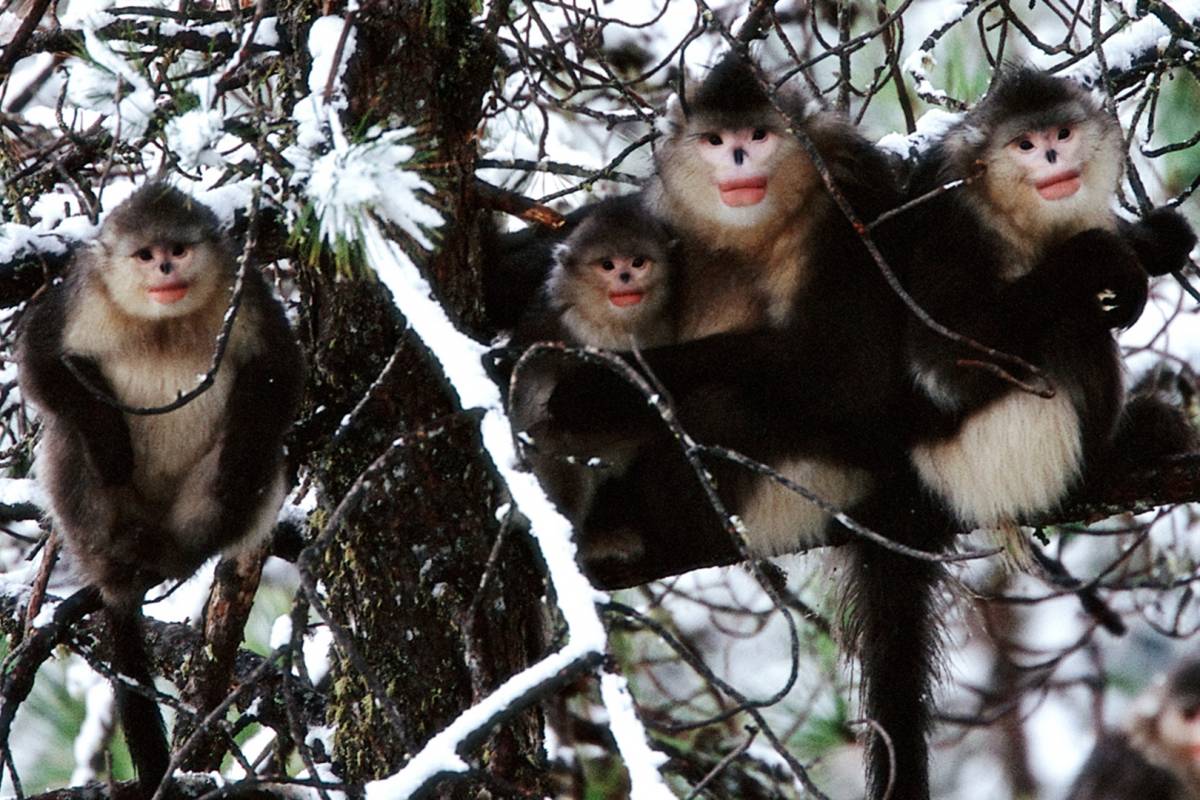 They have no nose, thick lips, hate the rain, and live 4,000 meters above sea level. Snub-nosed monkeys are definitely unlike any other. Nearly unknown by the general public, Rhinopithecus Bieti is an endangered species with a total population of just over 2,000 individuals. With so few left, they receive great attention from the scientific community.

In The Snow Monkeys of China , we follow a group of around fifteen individuals throughout the seasons. We see skirmishes between males, acts of seduction, births, quarrels, and play among juveniles... Enter the daily lives of these endearing monkeys which populate the wild forests of the Himalayan foothills. Discover their strange snow-bound behaviors, such as sitting in a group, facing the ground, with their heads hidden in their arms.

The team of scientists following them will also try to understand how these mountain monkeys manage to survive all year round with such a low-calorie diet, and why they climb to higher altitudes when winter is in full swing. Filmed in ultra high definition over a period of one year, this group of monkeys will take you on a journey of discovery into the unknown lands of north-western China.